He cut his teeth at Alexander McQueen in London in 2011, and in 2012 at cult underground label Siki Im in New York, he took up a position as chief designer in London at the now defunct De Rien in 2013.

Thomas left De Rien in 2015 and moved to create his eponymous brand in 2016, where he is both designer and creative director. He launched his first collection in June at Paris Fashion Week that year.

Influences as diverse as psychoanalyst Carl Jung, concepts of mental health and initiation ceremonies of West African tribes are referenced in his latest collection titled ‘Phoenix Rising’, which premiered during Spring/Summer Fashion Week. 23 from London in June.

The brand focuses on the sustainable manufacture of its collections. The global pandemic has reinforced its commitment to limiting production waste: it uses scraps and scraps to form a new textile called Reweave, used in garments such as men’s long jackets and short pants, as well as clothing and oversized dresses for women with hand woven fabrics such as herringbone. wool with silk, linen and cotton. The pieces are handmade in London.

Olubiyi lives in Bromley-by-Bow and has collaborated with multi-media artist housemate Holly Vaughan for the past two years, using embroidery to weave her images from film stills into men’s and women’s jackets.

What’s the first thing you do in the morning?

Take a deep sigh and pray that the day goes well.

What was your first job?

How did you start your fashion career?

The brand was built on demand. It happened organically, after leaving De Rien [in 2015] and working in retail, I started making clothes for myself.

People started asking about the clothes I wore and I eventually started taking personal orders.

In the summer of 2016, I had managed to put together a spring/summer collection which I then took to Paris Fashion Week. 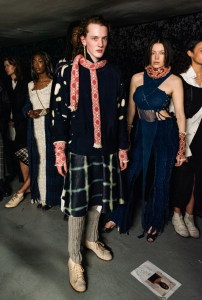 The brand was built on the back of my constant curiosity for shapes and how to create them through different materials and textiles.

With my knowledge of pattern cutting and sewing, I was able to pursue my ideas and execute my designs to a level where I could honestly communicate my concepts.

How would you describe the company in one sentence?

An artisan brand reinterpreting historical references with archaic textiles and a zero waste approach to craftsmanship, exploring stories of multiculturalism and hidden identity inspired by my heritage: born in Lagos, raised in Glasgow.

What’s your coffee (or tea) order?

What do you think the fashion industry can learn from Covid-19?

What are the best and worst moments of your career?

Worst moment: Waking up on the cold concrete floor of my studio in Bermondsey for three months doing my SS20 collection. 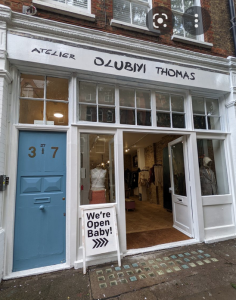 Best moment: The opening night of my shop in Covent Garden last year, where my mum, sister, aunt, girlfriend, close friends, pastor and all my industry friends from all over horizons were all under the same roof to celebrate the brand starting a new chapter.

What drives you every morning?

To have the privilege of knowing that I am able to create and express a world where loved ones can call home and hopefully one day provide for a family.

What is the biggest challenge facing your business?

All people want to know is if you’re successful.

Also, one of the biggest challenges is that within the creative industry, there’s no real blueprint, so you’re constantly stumbling around in the dark until you find your own rhythm.

What are your favorite places to shop? 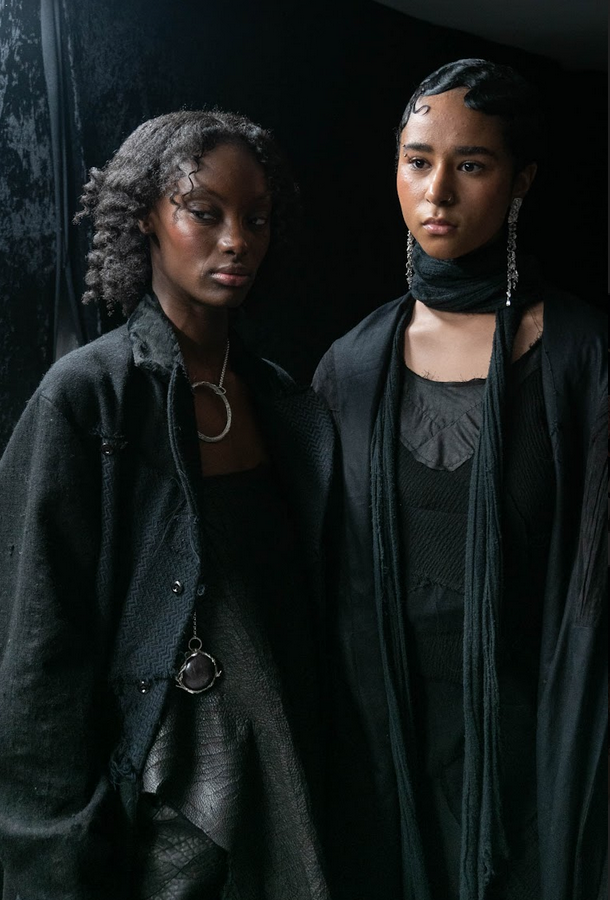 AW22 Collection “Princess of the Universe”

The most important lesson you learned in your career?

No man is an island.

When fate calls you, you must be ready, but you cannot control when it will call you. Try and enjoy every moment. 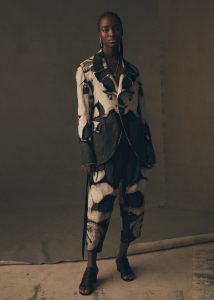 What’s the last book you read?

Flash of the mind by Robert Faris Thompson.

Who in the fashion/retail industry inspires you?

I’m mostly inspired by people outside the fashion industry, like Yinka Shonibare [British artist of Nigerian heritage] and [psychoanalyst] Carl Jung because I come more from a fine arts background. Both of their works deal with ideas and narratives that are more in line with my own work.

What advice would you give to your younger self, and why?

Do not think too much, you will change so much that you will no longer recognize yourself. Stay true to yourself.

Who do you turn to when you need advice and why?

My mom, because I know she’s always going to tell me the truth and not necessarily what I want to hear, but she always has the best intentions for me.

And Holly Vaughan, because she always speaks her mind when she means it – we always want the best for each other no matter what.