Chinese architecture agency Neri&Hu has completed a concrete extension to a former brick building that serves as the headquarters of that of Beijing historical pastry brand Lao Ding Feng. Located in a once thriving industrial area, the project renovates the former textile factory consisting of a warehouse and three outbuildings, as well as a Court garden, in a new space with detailgallery and office spaces. In their design, the architects created a clear contrast between past and present, while creating abstract spatial references to the brand’s flagship product – traditional Chinese baked goods.

Neri&Hu has completed a concrete extension of the old brick warehouse, formerly used as a textile factory

all images courtesy of Zhu Runzi

The crew at Neri&Hu was commissioned to design the conversion of the former warehouse into Lao Ding Feng’s main office and retail concept store. For projects like this, the company’s strategy is to first thoroughly study which parts of the existing building can be preserved and restored, while new additions must not only respect but also contrast the existing elements.

The design is inspired by the client’s main product, traditional Chinese pastries which are often molded into various decorative shapes. The project places particular emphasis on the idea that a container forms the shape of its contents. Likewise, the architecture introduces a new cast concrete object, cast within the old brick shell, with various openings and negative spaces forming the main retail, gallery and office spaces. 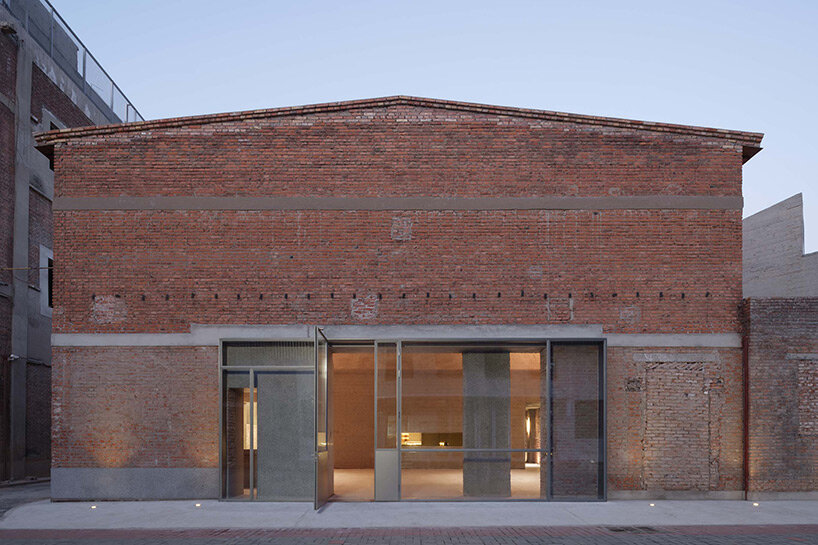 a sense of connection between past, present and future

After pouring the concrete and allowing it to harden, specialist craftsmen bush hammer it to achieve a soft textural quality that also contrasts and complements the old bricks. At certain times, the new interior concrete oozes out and appears on the facade to fill in the voids or mark new accesses.

The spaces between the new object and the original shell become flexible spaces for a café and a multipurpose room. The first floor houses the exhibition area, flagship store, garden and cafe, while the second floor is mainly used as the corporate headquarters. Walking through the new concrete object and discovering the spaces between the new insertion and the old building conveys a sense of connection between past, present and future, giving this historic Beijing pastry brand a new home. 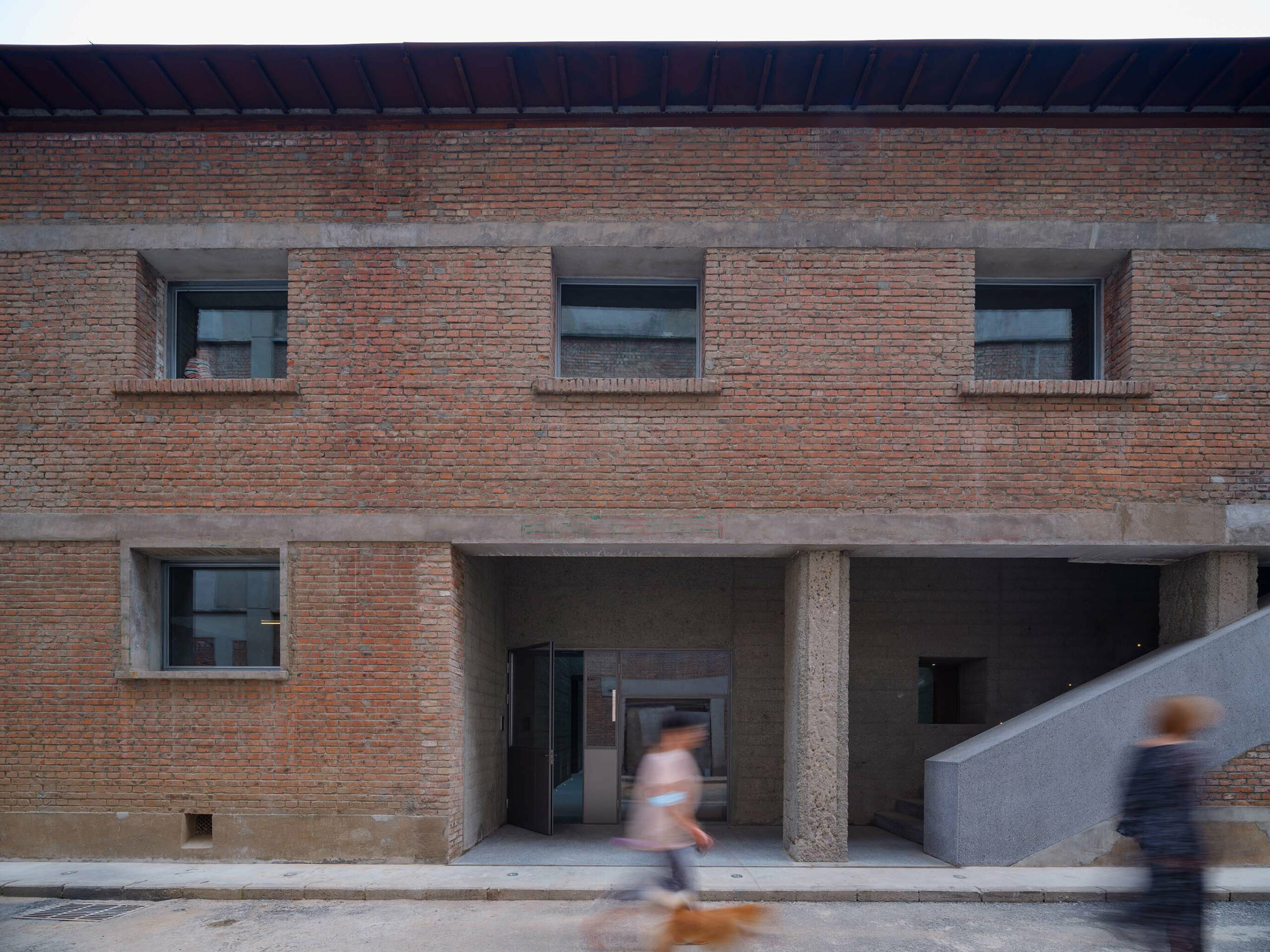 the former textile factory consisting of a main warehouse and three outbuildings, as well as a garden courtyard 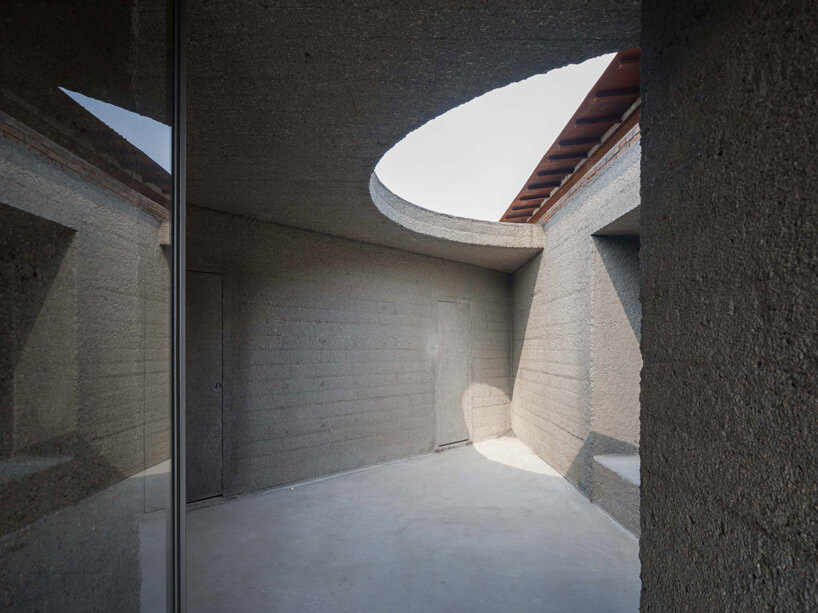 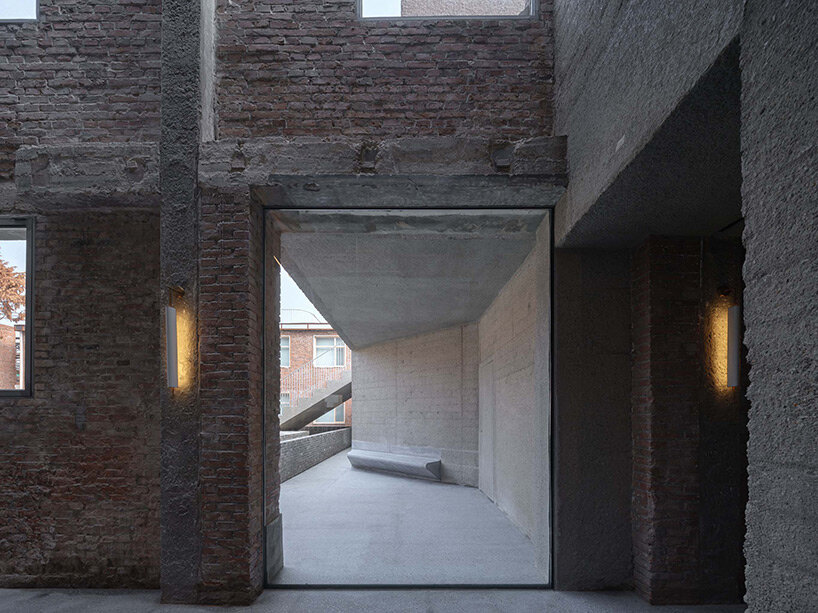 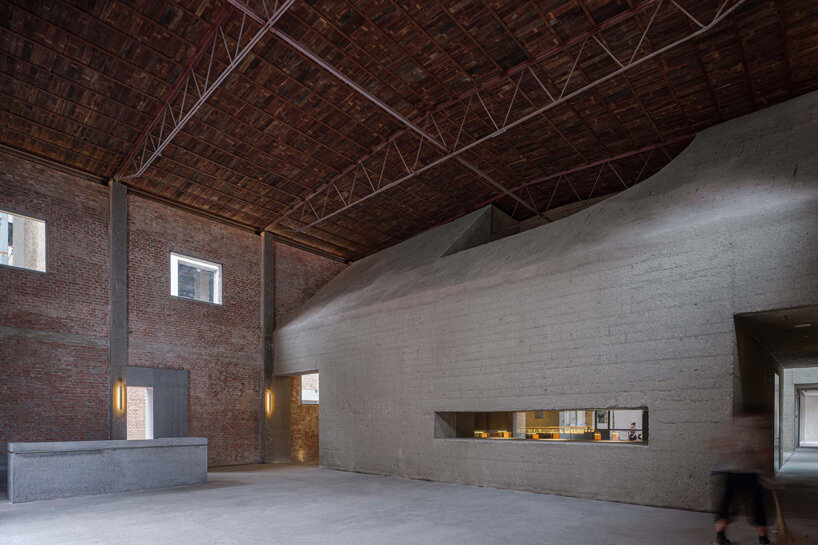 the old building conveys a sense of connection between past, present and future 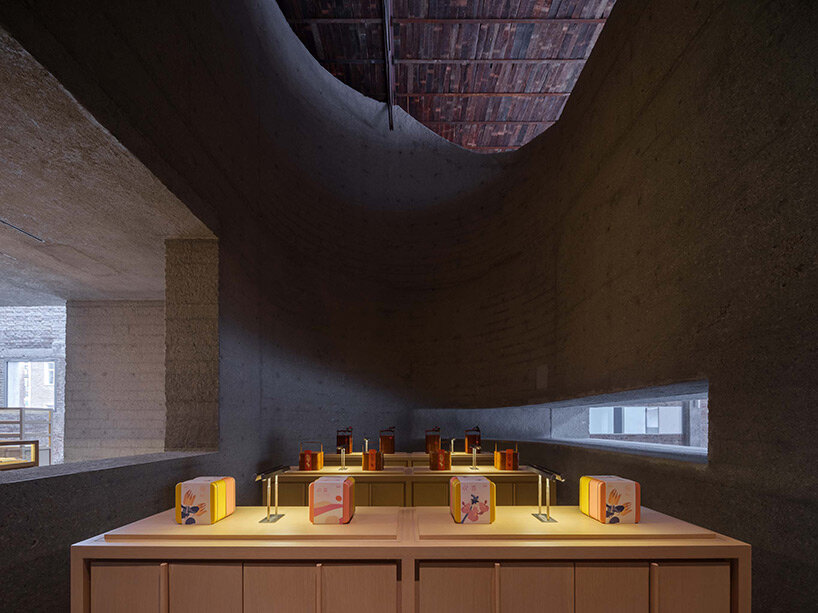 the design is inspired by the client’s main product: traditional Chinese pastries