São Paulo – The Ministers of Trade and Industry of Egypt, Morocco and Jordan participated in the opening of the Brazil & Arab Countries Economic Forum on the Internet and presented opportunities for Brazilians. Egyptian Trade and Industry Minister Nevine Gamea (pictured above) said there are investment opportunities in the Egyptian market in transport, spare parts, medicine, engineering and the textile industries, as well as new and renewable energies.

She spoke of the deep historical ties between Egyptians and Brazilians and the fact that Brazil is Egypt’s largest trading partner in Latin America, with a trade balance of around $2.5 billion in 2021.

The Minister invited Brazilians to visit Egypt to learn about the progress and achievements of the local economy in recent years and to foster cooperation opportunities for industrialization in Egyptian territory. According to her, by producing in Egypt, Brazilians can benefit from the free trade agreements the country has with more than 80 countries, allowing duty-free exports.

Gamea said that the Egypt-Mercosur free trade agreement has strengthened the competence of Egyptian exports, facilitating the entry of goods, not only from Brazil but from all of Mercosur. According to her, the Brazilian market represents a regional starting point for shipping and selling goods to neighboring countries. The minister said Egyptian exports to Brazil had increased under the deal, from $155 million in 2017 to $541 million in 2021.

The Minister referred to some notable achievements of the Egyptian economy during the two years of the COVID-19 pandemic, with the Gross Domestic Product (GDP) reaching 3.3% growth in the 2021/2020 financial year. . Gamea said credit rating agency Fitch praised the performance, describing Egypt as the most important among emerging economies.

Morocco’s Minister of Commerce and Industry, Ryad Mezzour, spoke about his country’s efforts towards sustainability, from producing green hydrogen to meeting 52% of its electrical energy needs through to renewable resources by 2030 as the country plans to preserve the environment and rely on clean energy. 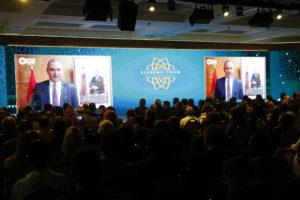 Mezzour explained that the economic repercussions of successive crises over the past two years, in particular the coronavirus pandemic, have led countries to make difficult financial decisions. Morocco has allocated $12 billion to support its economy in the current year. He said the government started laying the foundations for an economic take-off twenty years ago and had the infrastructure to do so today. Mezzour described the local infrastructure as one of the best in Africa and the world.

The minister also mentioned the Moroccan port of Tangier, which he described as the largest in the Mediterranean. He gave a presentation on the country’s strong automotive industry, local food and textile exports, and vital chemical and mechanical industries. According to Mezzour, Morocco is a member of economic alliances and blocs, allowing locally produced goods to reach 2.3 billion consumers free of import duties.

Mezzour said Morocco has an investment facilitation agreement with Brazil and non-double taxation on air and sea freight. According to the minister, there is support for local and foreign investment and an attractive business climate in Morocco.

Jordan wants to strengthen its ties with Brazil

During the forum, Jordanian Minister of Trade, Industry and Supply, Youssef Al-Shamali, said that relations between Jordan and Brazil are historical and long-standing. Yet they are not up to par with the capabilities and history of countries in the economic sphere. According to Al-Shamali, the trading volume reached $425 million in 2021, which is very low considering the existing opportunities, and this amount could double in a short time. 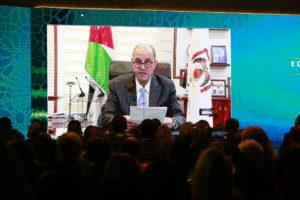 The Jordanian recounted the visit that the Brazilian Minister of Agriculture, Livestock and Food, Marcos Montes, paid to his country this year, during which arrangements were made for the export of fertilizer from Jordan to ensure the supply of the Brazilian agri-food sector, affected by the war between Russia and Ukraine. Al-Shamali invited Brazilian companies to invest in Jordan and take advantage of the promising opportunities offered by the government to foreign investors. He said Jordan could be an entry point for Brazilian companies in the Middle East.

Al-Shamali congratulated the Arab-Brazilian Chamber of Commerce (ABCC) on its 70th anniversary and said that the forum organized by the entity is a platform to discuss and develop economic relations and solve problems encountered by investors from Brazil and Arab countries.


Legal disclaimer: MENAFN provides the information “as is” without warranty of any kind. We assume no responsibility for the accuracy, content, images, videos, licensing, completeness, legality or reliability of any information in this article. If you have any complaints or copyright issues related to this article, please contact the provider above.