The Ugandan Embassy in Washington, DC, in conjunction with the African Textile Museum in Atlanta, Georgia, hosted an event on February 26, 2022 to showcase Uganda’s cultural heritage to recognize the Month of black history, commemorated during the month of February 2022.

The event, dubbed Barkcloth to the Roots, which took place at the African Textile Museum located in the New Black Wall Street Market in Stonecrest, an Atlanta suburb, highlighted Ugandan barkcloth as a more ancient known African textile.

In 2005, the United Nations Educational, Scientific and Cultural Organization (UNESCO) declared it a “Masterpiece of Oral and Intangible Cultural Heritage” and in 2008 it was added to the list UNESCO World Heritage.

The Ankole long-horned cow is one of the oldest native cattle breeds, found only in the Great Lakes region, especially in the west and part of the cattle corridor of Uganda central, whose distinctive horns can be up to 8 feet long.

The event, which was honored by members of Atlanta’s high society, celebrities and government officials, was recognized as a major step in bridging the gap between African Americans and Africa, both in the diaspora and on the African continent.

Addressing guests who attended the reception marking the launch of the exhibition, museum owner Ms Ahneva Hilson said the African Textile Museum pays homage to Africa as the birthplace of fashion “ The African Textile Museum was established in 2020 to conserve and preserve the history of African textiles. Its objective is to share the work of today’s African artisans, scholars and designers, not only to advance the industry of fashion, but also to play a key role in conservation and sustainability programs.

She recognized and hailed the Ugandan government as the first African country to commission and donate special heritage items specifically for the museum.

“Culture is often the key that opens the door to business,” she said.

“There has been a gaping gap between the cultures of Africans and African-Americans, despite the deep cultural heritage they share. Recognizing this important part of our common heritage is a major step in the direction of Bridging the Gap and creating an enabling business environment in Africa.

The Ugandan Embassy commissioned the two Barkcloth installations donated to the museum by London-based fashion designer Jose Hendo, a Ugandan-born British national who has perfected and specialized the art of using Barkcloth in renewable materials and recyclables for over 20 years, and has exhibited various barkcloth designs and installations around the world.

In addition, the Museum received a gift from the Embassy of two very large pairs of polished Ankole Cowhorns.

In an interview with the Uganda Broadcasting Corporation on the sidelines of the event, Uganda’s Ambassador to the United States, H.E. Mull Katende explained the rationale behind the selection of the two products to be installed in the museum: craftsmanship passed down from generation to generation, which has declined in recent decades due to economic and political pressures,” he said.

“The process of making barkcloth existed before the invention of weaving and has been passed down from generation to generation for over 700 years. This makes it one of the oldest natural textiles in history and whose stamp of ownership we must clearly express”. 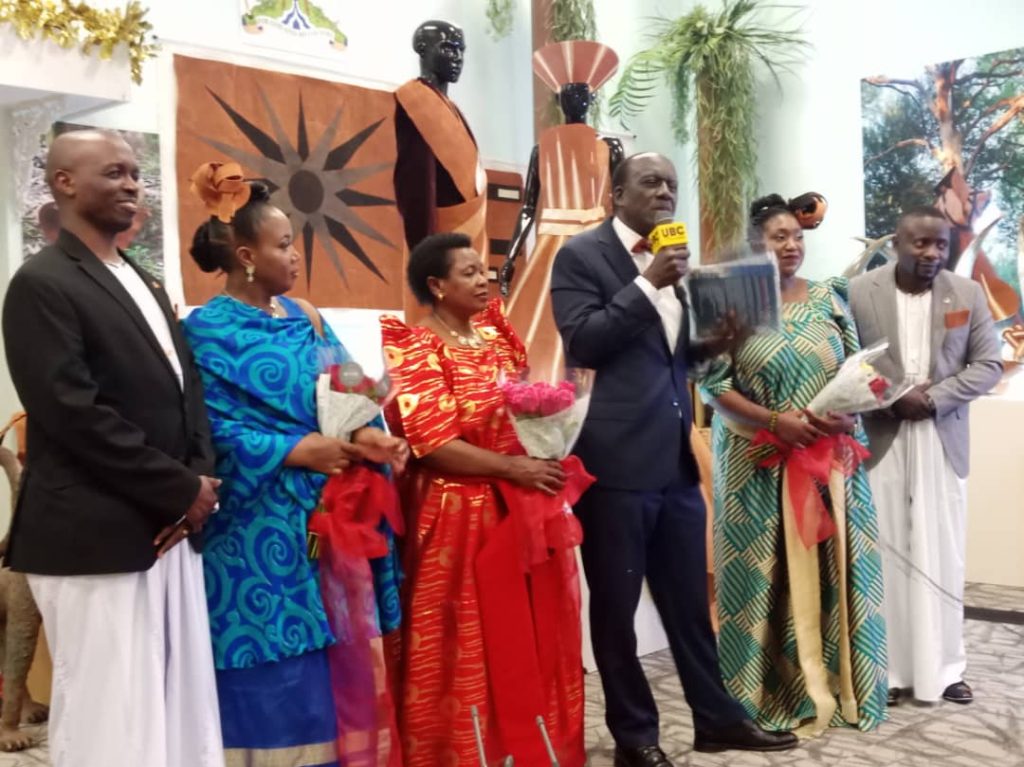 Responding to a question about the importance of cow horns, Katende said: “we often throw them away as waste when slaughtering cows, and yet the long Ankole cow horn stands out as a clean and renewable alternative to the plastics, in fashion accessories, and in the manufacture of handicrafts and household items”.

Ankole cow horn can be a high value material with multiple applications such as cutlery, eyewear, buttons, ornaments and even cosmetics. Cow horn is an eco-friendly, organic and biodegradable natural material that can do what plastic does and more.

“These two unique products will take their rightful place among other African fabrics and items that are set to be showcased at the African Textile Museum this year,” he said.

Speaking virtually from London, Ms Hendo expressed her gratitude to the Ugandan government, through the Ugandan Embassy in Washington, DC, for bringing to light what she called “a brewing crisis for African creatives”.

She informed guests that due to growing pressure to reduce the environmental impact of the fashion industry, there was a growing demand for natural materials or fibers, with designers embracing eco-friendly raw materials. environment and promoting traditional craftsmanship.

“As a result, our intellectual property and cultural heritage are being trampled on as the fashion industry tries to find alternative textiles,” she said.

Ms Hendo added that since 1990 Uganda has lost nearly 8 million acres of forest and deforestation is having a devastating effect on the livelihoods of barkcloth makers. 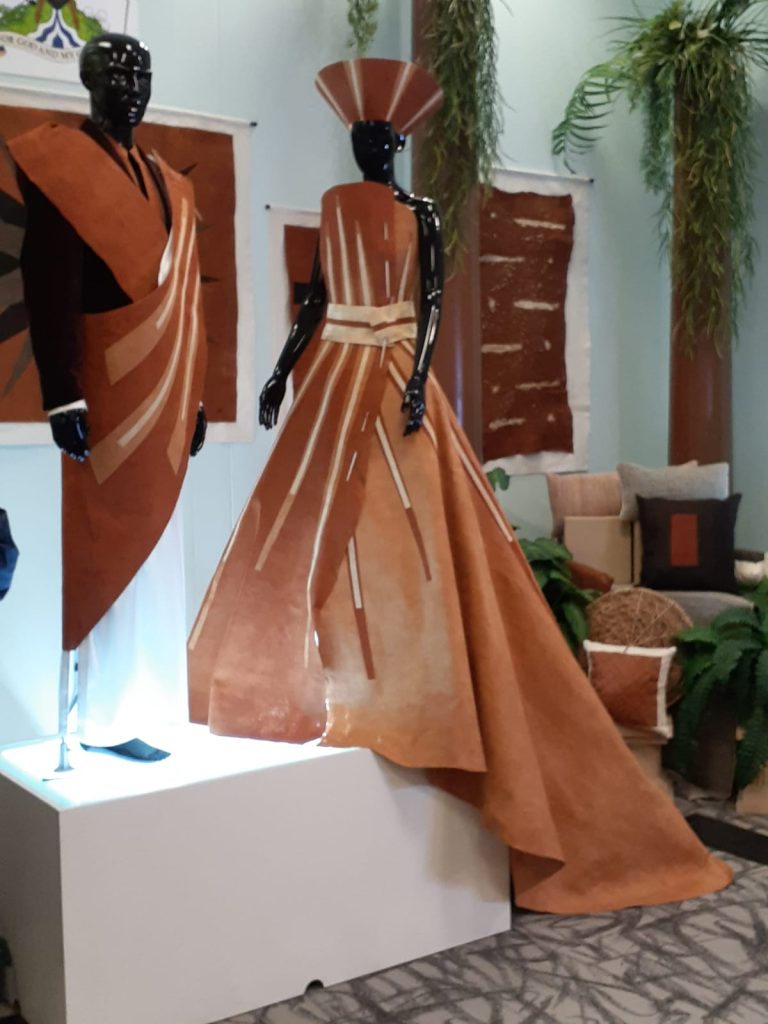 “These merchants and tailors depend on the bark of Mutuba trees to make their wares, including clothing, accessories and home furnishings. The exhibit will shine a light on this culture in crisis and garner international support for the preservation of this heritage,” she said.

The city of Atlanta, Georgia, USA is considered the place where culture and commerce meet.

It has long been considered the “Cultural Mecca” of the United States, due to its rich history and consideration as the birthplace of the late Martin Luther King Jr. Over time, it has become the hub black hair, beauty and fashion industry. hip-hop music and a nascent film and television industry.

Atlanta is considered the new Hollywood of the film and television industry. Exposing the amazing Barkcloth and unique characteristics of Ankole Horn as sources of sustainable and original materials for the film and fashion industry is a great opportunity.

The materials will be introduced to costume designers and the fashion industry to promote their use.

The highlight of the event was the reading of a proclamation from Mayor George Turner of the Town of Stonecrest, declaring Bark to the Roots Day on February 26, in honor of Barkcloth and Cowhorn’s unique heritage that the Ugandan people shared with the people of Stonecrest, Georgia.